Covent Garden is one of London's most recognisable public spaces. A world-class shopping and dining destination, which attracts food-lovers and fashionistas alike.

Following a five-year renovation, it opened in 1980 as Europe's first speciality shopping centre. It now offers a range of fashion, beauty and lifestyle stores. Making it one of London's hottest shopping regions.

Covent Garden needed to modernise their online offering. Requiring a platform where they could build a stronger, more identifiable brand. At the same time, they also needed a space where they could showcase their tenants.

The project needed to maximise editorial efficiency for their single part-time content editor. Whilst the timeline remained sensitive to the modest editorial resourcing that was available. Brand was a key element of Covent Garden's new platform. They needed a vehicle to help them build their brand. It was also key that the site delivered a look and feel that matched their high-end tenants. With this in mind, we partnered with an external brand agency. Together we modernised Covent Garden's online identity. Ensuring the end result was unique and would resonate with their target market.

Another key aim of the project was to make improvements to the site quickly. Yet, our team also needed to be mindful of the modest editorial resourcing available. As such, we planned an incremental approach to the project. Choosing to migrate the site in stages from Drupal 7 to 8.

This incremental approach proved a success. Allowing us to spread the improvement of the site across a longer period of time. New pages were able to go live in weeks rather than months. A process, which saw retention rates increase significantly.

It also ensured we didn't overwhelm the editorial team at Covent Garden. Instead spreading out the work across an extended period. Improving editorial efficiency on each new area of the site as they went live.

The end result is a site that has helped to create and cement a new brand for Covent Garden. The editorial team now have maximised efficiency and freedom. This has helped the site see minimal development since release.

Retention rates on the platform have also improved over time. Seeing a greater exposure both for Covent Garden and their tenants. 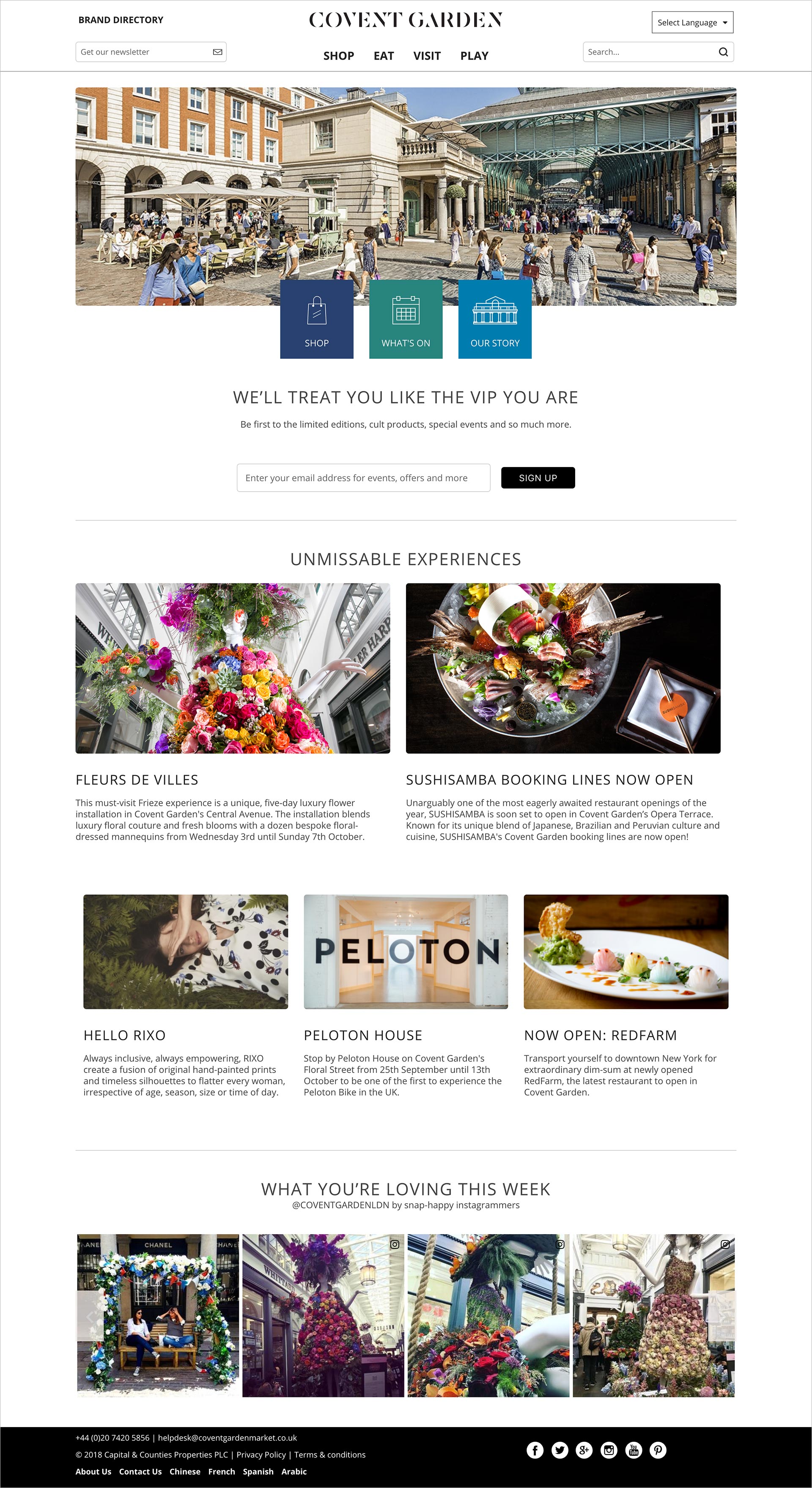 Got a similar project? Contact Us to discover how our team can help you.

Axis12 implemented a Drupal based site providing Capital & Counties Properties with a flexible and scalable solution to simplify the updating process.